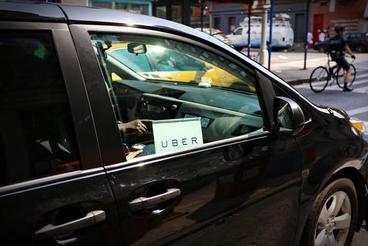 The ride-hailing industry, which currently relies mostly on independent drivers using conventional vehicles (CVs), has shown a particular interest in AV technology. “Several of the leading platforms, such as Uber and Lyft, are making substantial investments in the research and development of AV technology,” says McKnight Presidential Endowed Professor Saif Benjaafar, the lead investigator of the project.

Under most scenarios, Benjaafar says, the introduction of AVs will be gradual, and ride-hailing platforms will operate a mixed fleet of AVs and CVs. His research team, consisting of doctoral student Xiaotang Yang and postdoctoral fellow Zicheng Wang, examined how the deployment of a mixed fleet could affect a platform’s operational decisions. For example, how many AVs would it operate and how many customers would it serve? Which vehicles would it assign to which customers? How would it reposition vehicles to reduce idling time? The team also examined how these operational decisions would affect drivers and riders.

In the team’s model, the CV drivers decide where to position themselves between rides. The platform decides the wage it pays the drivers and controls the AVs, the size of the AV fleet, and the position of idled AVs. The platform can also decide how many rides to accept and whether to prioritize AVs or CVs in assigning vehicles to customers.

Among the findings, an important takeaway is that adding AVs can significantly alter how the platform manages CV drivers and customer demand. “In ride-hailing systems without AVs, repositioning drivers from a low-demand location to a high-demand one is costly for the platform,” Yang explains. “With a mixed fleet, the platform would deploy AVs for these customer requests instead of rejecting them.”

Drivers would get the assignments that AVs can’t fulfill. “Perhaps surprisingly, prioritizing AVs this way can be, under some conditions, beneficial to both the platform and the drivers,” Wang says. “More drivers could be deployed to high-demand locations. If AV purchase costs are moderate, AVs could complement — not replace — CVs.”

Perhaps the most important takeaway, Benjaafar says, is that the impact of AVs can be nuanced and crucially depends on both the fixed and variable costs of AVs and CVs. AVs have a fixed cost (the purchase cost), but CVs have only a variable cost — the payments to drivers when they have a customer on-board.

“The importance of cost structures opens the door for possible regulations to induce more socially desirable outcomes,” Benjaafar says. “For example, a regulator could affect these costs via subsidies, taxes, or the use of direct limits on the mix of AVs and CVs deployed.”

Even when the cost of AVs is relatively high, which is most likely in the short run, adding AVs to the fleet could expand customer demand and improve operational efficiency. This would not only maximize profits for platforms and drivers, he says, but also make ride-hailing service an option for more people in more communities.

The research was funded in part by the National Science Foundation under the Smart and Connected Communities grant “Leveraging Autonomous Shared Vehicles for Greater Community Health, Equity, Livability, and Prosperity.” A full report — Autonomous Vehicles for Ride-Hailing (Elsevier, 2021) — is available for download.